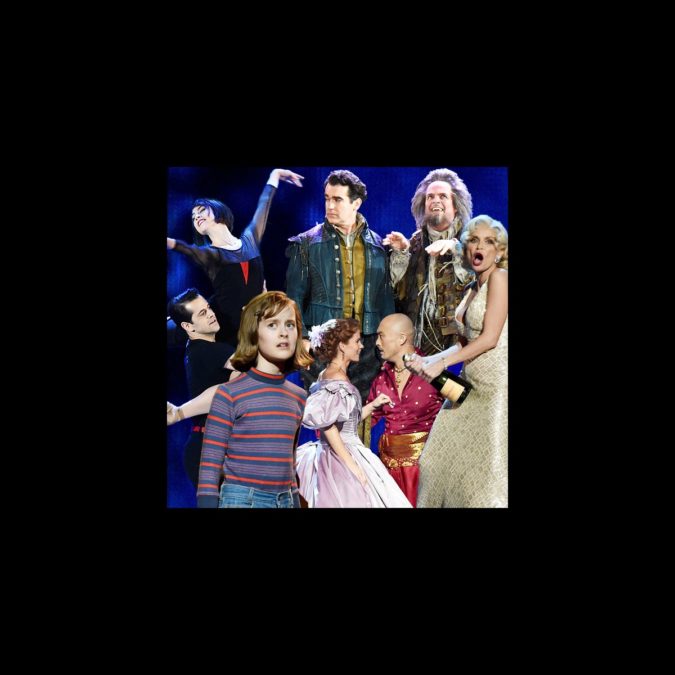 Broadway.com Breaks Down the Performances of the Tony Awards

And that’s a wrap on the 2015 Tony Awards! It was a year of Fun, speeches full of tears and tap dancing, a moment with E.T. and—as always—tons of performances from nominated shows and beyond. Take a look at our recap below as we break down each of the musical moments, beginning with our favorites of the night. Agree? Disagree? Vote for your personal favorite in our poll!


1. FUN HOME
"Ring of Keys"
In a sea of medleys from fellow nominated productions, it was a bold move for Fun Home to task its youngest star, Tony nominee Sydney Lucas, with representing the musical. But that’s exactly what made her anthem stand out; a medley from a score that’s not quite as recognizable, albeit Tony-winning, would dilute its impact. The interpolated introduction eliminated any ambiguity over the subject of Small Alison’s fascination, and the decision to have Lucas in front of the proscenium and film from behind evoked the production’s brilliant in-the-round staging.


2. JOSH GROBAN & COMPANY
In Memoriam — "You'll Never Walk Alone"
We’re thrilled that following last year’s ill-advised decision to not air the In Memoriam segment, it became the most poignant moment of this year’s broadcast. Groban's previously reported appearance was met with some raised eyebrows from theater purists, but the song choice was perfect (once he found his first note). The uneasy feelings of self-promotion for his album subsided as performers from the evening joined him for the finale verse, visually affirming his place with the Broadway community.


3. AN AMERICAN IN PARIS
"An American in Paris"/"'S Wonderful"/"I Got Rhythm"
An American in Paris nailed the medley format here. Show off some tunes people know and flaunt your greatest asset: stellar choreography. What gave this performance the leg up though was its integration of its design, which won awards for lighting and set design. As much of the production’s aesthetic is projection-based, its transition to the LED sets of Radio City felt the most natural. However, what this performance lacked was the sweeping camera work that completed performances like Fun Home and On the Town’s.


4. THE KING & I
"Getting to Know You"/"Something Wonderful"/"Shall We Dance?"
Good for nominees Ken Watanabe and Ruthie Ann Miles being featured here, but when it comes down to it, this performance was all about (now Tony winner!) Kelli O’Hara’s quick-change choreography, or "dressography," as we're coining it: a 46-second transformation from schoolteacher to ballroom dancer extraordinare. And yes, we timed it. Special props for the cinematography here too, which even further accentuates the beauty of the dress.


5. SOMETHING ROTTEN!
"A Musical"
Rule: If one of your numbers routinely receives a mid-show standing ovation, perform it at the Tonys. Something Rotten! did just that, and as the ceremony’s first big number, it set an extraordinarily high bar for the remaining acts. This is the definition of crowd-pleasing, and you get to feel like a know-it-all as you shout out each of the number’s references. Because our hosts’ opening bit was a bit understated compared to years past, this was a great choice to raise energy levels and show off the extravagance of the Great White Way. But perhaps if it had opened the show, it would have also gotten a standing ovation in Radio City.


6. ON THE TWENTIETH CENTURY
"Life Is Like a Train"/"On the Twentieth Century"/"Babette"
This medley was a bit all over the place. The four porters, after allegedly tapping the play-off music for Ruthie Ann Miles, kicked off the performance with a fun number that requires zero context, which was followed by a snippet of the titular ditty. Then came Chenoweth’s moment to shine with “Babette.” It took this number some time to find its footing after the two that preceded it. It wasn’t until after the ensemble came in that Chenoweth truly sparkled with her signature soprano. But once they got there, the vigor was inspiring.


7. ON THE TOWN
"Lucky to Be Me"/"New York, New York"/"Times Square Ballet"
Starting a number in the aisle and working toward the stage is a toss-up. Will audience members be game if you try to dance with them? Well, of course Chita Rivera will play along, and Rita Wilson’s grin as she gave a little twirl was infectious. And why yes, Anna Wintour will accept those flowers. The medley was a smart way to accomplish three things: Introduce your Tony-nominated star, throw in a familiar tune and show off lots of dancing with sweeping cameras. Check, check, check.


8. THE VISIT
"Love and Love Alone"/"I Would Never Leave You"
One of the most striking tableaus of the night was Chita Rivers dancing with Michelle Veintimilla, who plays the younger incarnation of Rivera’s stoic Claire. But sadly, this performance was lost in collection of show-stoppers. John Doyle’s staging is accented by bizarre camera angles, which effectively demonstrate the show’s disturbing, surreal world. The number paired well with what followed: a macabre Fosse-esque routine with some terrifying eunuchs. This performance captured the glamour, melancholia and dark humor. It may not be for everyone, but if you want it, it’s all here.


10. IT SHOULDA BEEN YOU
"Jenny's Blues"
At first, we questioned this song choice, as it only briefly features the legendary Tyne Daly and is a vehicle for Lisa Howard, an unknown to an audience of millions. But once Howard unleashed her pipes, we got it. Between The King and I and On the Twentieth Century, we had some soprano star-power, but were missing our beltresses. No Idina or Sutton this year! While the song was a bit more subdued in style and size, Howard’s vocals provided a nice change of pace.

11. TOMMY TUNE TRIBUTE
"At the Grand Hotel" et al.
This was adorable, but simply too short! We applaud the choice to showcase Tune’s legendary career with three quick takes on fun numbers from shows that may not be immediately identifiable to the viewing public: Grand Hotel, The Will Rogers Follies and My One and Only. We only wish the honoree would have joined in on the fun before presenting!


12. GIGI
"The Night They Invented Champagne"
First, how fun is it that Ashley Tisdale introduced her BFF Vanessa Hudgens and her co-stars? The Act One finale is a wise choice to deliver something high-octane, starry and with a line of can-can dancers doing death drops. Hudgens pulls a bit of a Patti LuPone a la Anything Goes: sing a bit, trot to the side and have the dancers take over. But all in all, this was certainly a bubbly routine.


13. FINDING NEVERLAND
"Stronger"
So much fog! So many close-ups! At the Lunt-Fontanne Theatre, this showstopper blows away audiences as a pirate ship is constructed from the orchestra pit, with swashbucklers miraculously avoiding whiplash. However, while Matthew Morrison sounded wonderful, the Tony performance didn’t convey the heart-stopping energy that this number oozes live.


14. JERSEY BOYS
"December, 1963 (Oh, What a Night)"
We understand the decision to close on (yet another) note familiar to viewers. But in years past, hosts have spoiled us with original ways to recap the night. Neil Patrick Harris’ last-minute collaborations with Lin-Manuel Miranda immediately come to mind. Last year’s was simple; Hugh Jackman crooned “On Broadway” as the winners stormed the stage, but it at least featured members who made the night special. With ensemble members slowly assembling to sing with the Four Seasons, this felt like a wedding reception that went on a little too long.