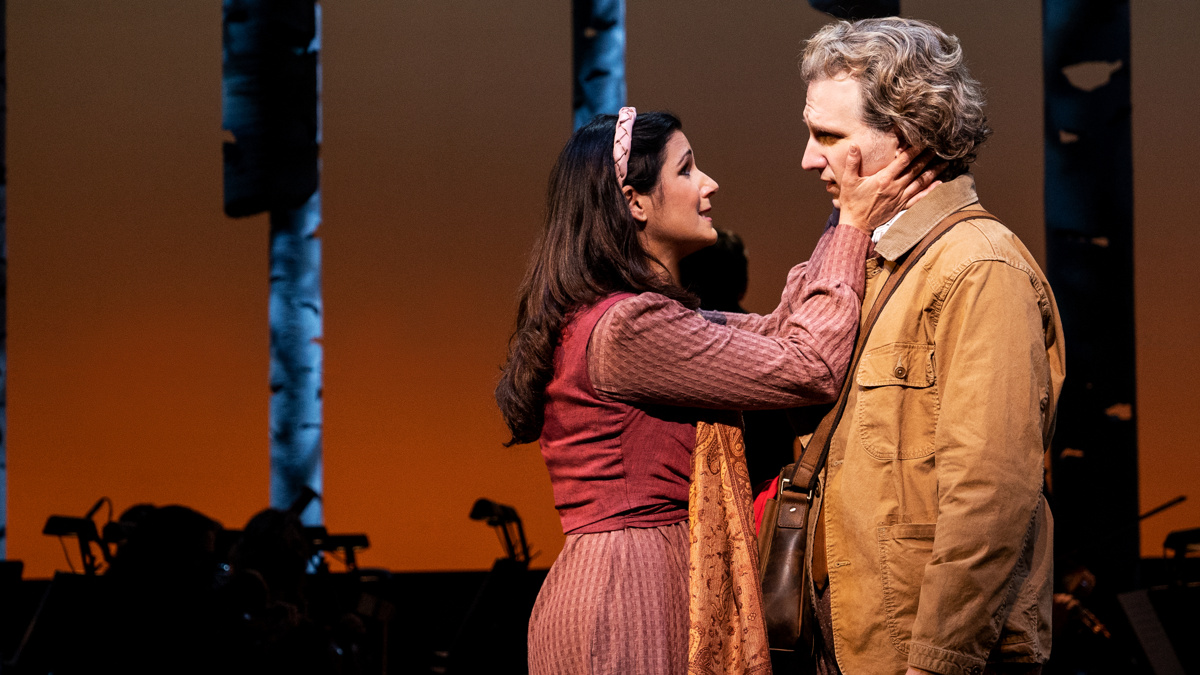 I Wish! See Into the Woods Stars Discuss Dreams Coming True in the Revival

Stephanie J. Block, Sebastian Arcelus and Krysta Rodriguez, stars of Stephen Sondheim and James Lapine’s Into the Woods, appeared on The Broadway Show, talked about the honor of joining the show’s lasting legacy.

“This dream has been since I was 16-years-old,” Block, who plays the Baker’s Wife, said. “For my sweet 16 birthday party, one of my favorite gifts was the original album. Their production shot was right in the fold, and I saw Joanna Gleason [who originated the role of the Baker’s Wife]. I heard the music. I was like, ‘That’s the role.'”

Block takes the stage at the St. James eight times a week alongside her real-life husband Areclus as the Baker. With credits in hit TV shows like House of Cards and Madam Secretary, he last appeared on Broadway in A Time to Kill in 2013. “It’s impossible to pretend like we’re not coming from what we’ve all lived these last couple of years,” Arcelus said. “To get to almost be plucked from that and plopped into the holy grail of musical theater with your wife in an extraordinarily exquisite production of this genius piece—I’m here for it.”

This concert staging of Into the Woods, which began with a run at City Center, relies on its players to create the world in which these fairy tales are being revisited. The orchestra isn’t hiding anywhere, and neither are its puppet players. This stood out for Broadway alum Rodriguez, who plays Cinderella and was last seen in Deaf West’s 2015 Spring Awakening revival. “I always believed that theater is at its finest when there is simplicity,” she said. “We are theater magic. We are troubadours who pull things out of trunks and create worlds that way. Every time I see something that returns to that form, I get that excitement in my heart and in my belly about why we do this.”

Watch the video below and head here to check your local listings for The Broadway Show. Hosted by Emmy-winning anchor Tamsen Fadal, it is the only nationally syndicated weekly theater news program.