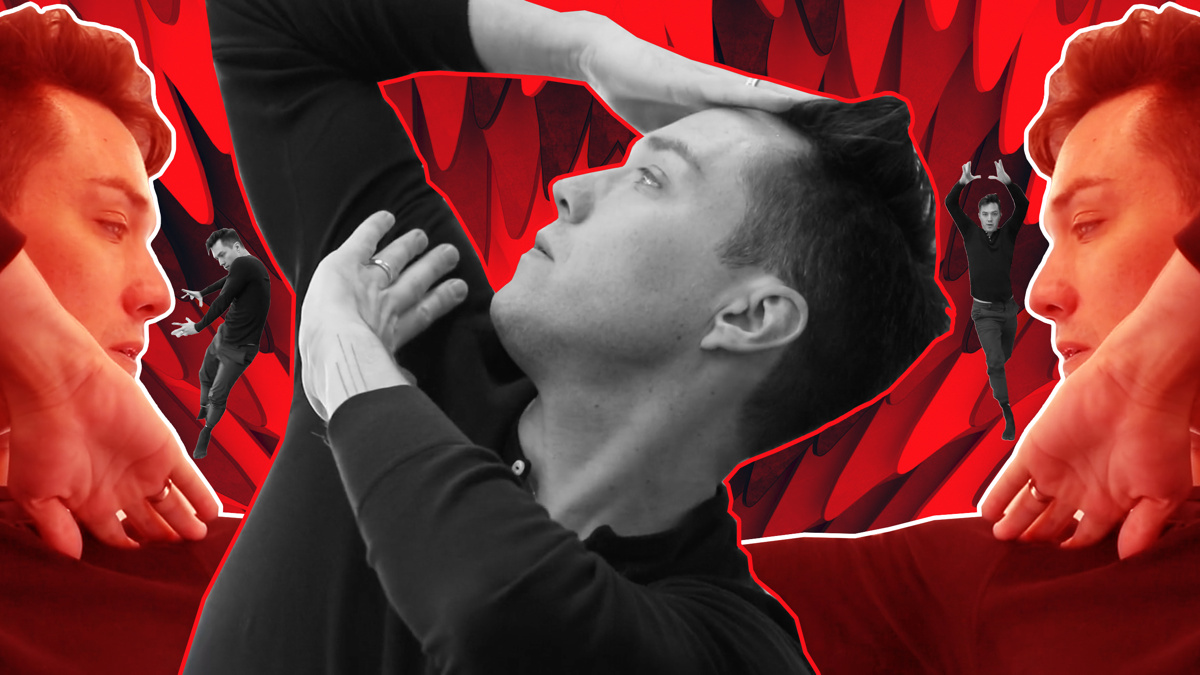 Moulin Rouge! The Musical‘s Fred Odgaard on the Power of Pop Music

Fred Odgaard is ready to welcome you into the fantastical world of Moulin Rouge! The Musical. He has previously been seen on the mainstem stage in Kinky Boots and Finding Neverland, but now he’s living it up performing the lavish Tony-winning choreography of Sonya Tayeh in Moulin Rouge! The Musical. Here, Odgaard shares about pop music’s lasting impact, his first on-stage mishap and more.

“I had a lot of excess energy, so my mom thought it would be a good idea to channel that somewhere,” Odgaard said about his dance beginnings. “I have been dancing since the little baby age of four. My first time on stage was at the age of 10. It was the first time I ever had done a dance solo on my own and first time I felt super exhilarated. I had a knee slide at the end and I slid forward with so much excitement and energy that I tumbled off the front of the stage. Everyone thought it was how my solo was supposed to end.”

While Odgaard has been with the Tony-winning musical since its 2018 world premiere in Boston, his history with the source material goes back much further. “I saw the movie of Moulin Rouge! in theaters in 2001. I am obsessed with music and there was so much nuance that gave it such a incredible body wash of feelings that inspired and gave me this hunger to want to do something like that. There’s something about pop music where it purposely brings you back to a place and a moment in time. You hear Lady Gaga’s “Bad Romance” and you know exactly the first time you heard it. The songs, especially the updated ones that are in the show, is the pop music I grew up with. It’s thrilling.”

Odgaard serves as both an ensemble performer and assistant dance captain in the musical, currently playing at the Al Hirschfeld Theatre. “To dance in Moulin Rouge! is such a heightened experience. I put so much of my own blood and sweat and tears and movement into the show that it’s as much a part of me as I am a part of it. It is such a wonderful place to put your energy.”

Watch the interview below, and head here to check your local listings for The Broadway Show. Hosted by Emmy-winning anchor Tamsen Fadal, it is the only nationally syndicated weekly theater news program.