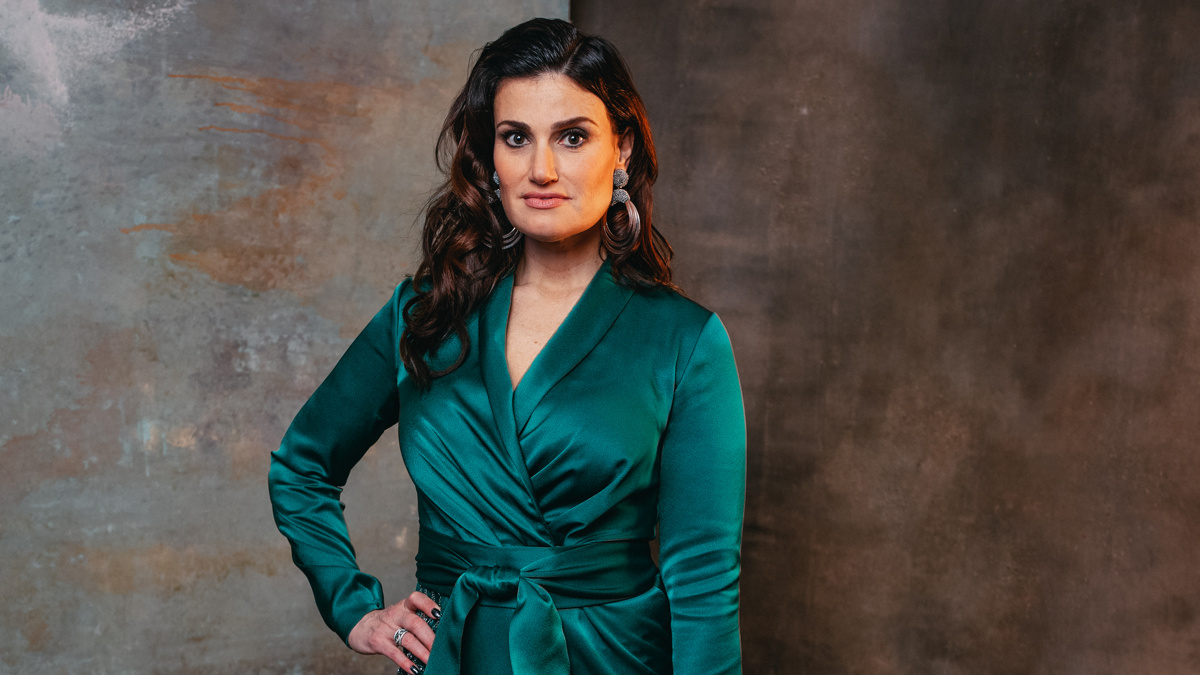 Idina Menzel & More Added to Miscast21
More performers have been tapped for Miscast21. Idina Menzel, Cheyenne Jackson, Patrick Wilson, Jai’Len Josey, Kelly Marie Tran as well as In the Heights film stars Melissa Barrera and Leslie Grace will perform songs from roles in which they would never traditionally be cast. The event will take place on May 16 on MCC Theater’s YouTube channel. Additional performers and presenters will be announced at a later date.

Bid on Tickets to Phantom of the Opera‘s Reopening & More Fun Prizes
Collectors and fans around the world are invited to participate in a digital live auction event on April 28 beginning at 10AM ET. Prizes include two tickets to the reopening performance of The Phantom of the Opera on Broadway and many more theater-centric goodies. Presented by Andrew Lloyd Webber, Christine Baranski and Doyle Auctioneers & Appraisers, a portion of the proceeds from every item sold will benefit The Actors Fund. Explore the treasure trove here!

Set Designer David Korins Tapped for Immersive Van Gogh
David Korins, the Emmy-winning and Tony-nominated set designer known for Hamilton, Dear Evan Hansen, Beetlejuice and more, will serve as Creative Director for Immersive Van Gogh. The art installation invites audiences to “step inside” the iconic works of post-Impressionist artist Vincent van Gogh, evoking his emotional and chaotic inner consciousness through art, light, music, movement and imagination. The experience will premiere in New York City in June at a location to be announced. Tickets are now on sale.

Janeane Garofalo to Appear in Final Season of Sutton Foster-Led Younger
The seventh and final season of the Sutton Foster-led Younger is here and a new face is being added into the mix. Janeane Garofalo will play Cass DeKennessy, Dean of The Arts College of New York. Viewers will first meet Cass in the fifth episode and see her storyline play out through the rest of the season. As previously reported, Broadway favorites Laura Benanti, Michael Urie, and Ana Villafañe will also be seen on screen this season. The first four episodes of the final season are now available to watch on Paramount+, with the remaining eight episodes dropping weekly on Thursdays.

Amanda Seyfried Wants to Do “Eight” Mamma Mia Movies
Amanda Seyfried wants to stay a dancing queen! The actress reacted to the reports of Cher wanting to do a third Mamma Mia movie on The Late Show with Stephen Colbert, by saying, “If it were up to me, there would be eight Mamma Mias.” Seyfried starred in both the original 2008 movie musical film and its 2018 sequel Mamma Mia! Here We Go Again. She is also known for her turn as Cosette in Les Misérables and is currently an Oscar nominee for her supporting role in Mank. Watch her interview below!