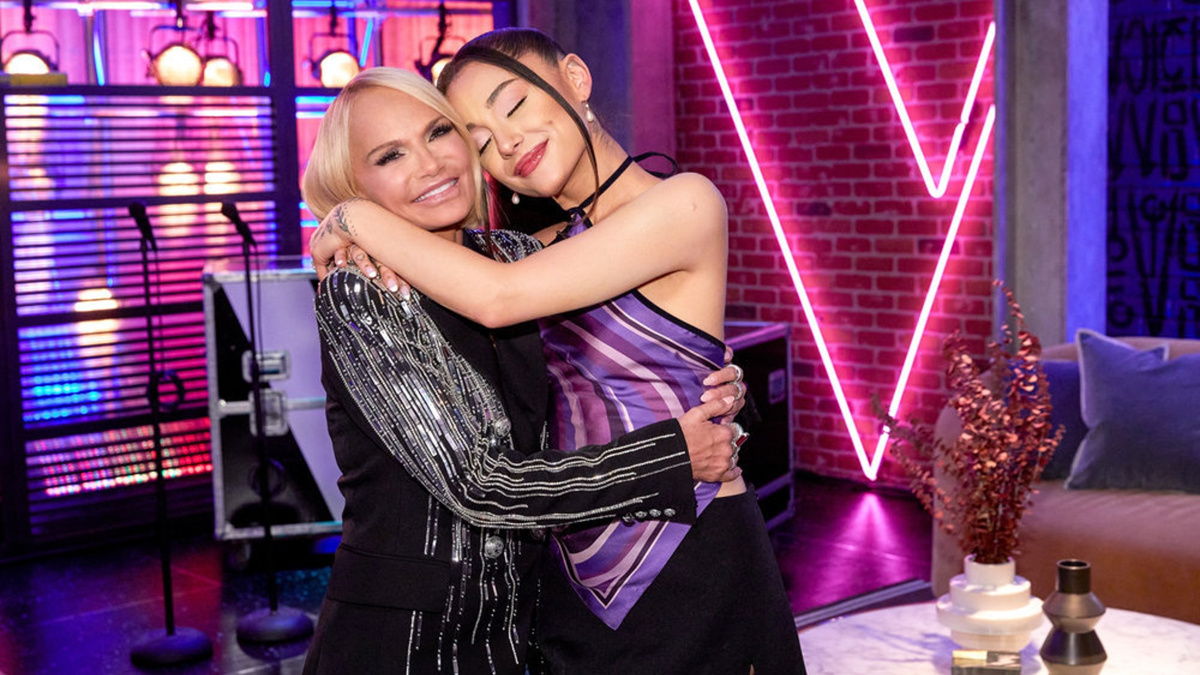 Odds & Ends: Kristin Chenoweth on Ariana Grande in the Wicked Movie: ‘She’s Going to Nail It’

Kristin Chenoweth Cheers for Ariana Grande’s Glinda
Oh, what a celebration we’ll have today! Wicked‘s original Glinda Kristin Chenoweth sat down on The Today Show to talk about her new children’s book What Will I Do with My Love Today?, her exciting engagement and the film adaptation of the Broadway musical. She even shared her thoughts on Ariana Grande’s casting as Glinda. “I love her so much. I’ve known her since she was 10. I think that crown and wand are going to the exact correct person. I think she’s going to nail it.” she said. “I did cry when she got it!” Watch the interview below!

Black Theatre United Launches Broadway Marketing Internship Program
Black Theatre United has announced the launch of the Broadway Marketing Internship Program, a summer-long initiative that provides eight paid internships for undergraduate education students. The pilot program is a first-of-its-kind collaboration between BTU, CUNY and four of New York’s top live entertainment advertising and marketing agencies: Serino Coyne, AKA, RPM and Situation Interactive. Two students will be placed within each of the four participating agencies for the eight-week paid program, which is scheduled to run from June 27 through August 19. Applications are available now and are due by March 28. “The amount of talented Black advertising candidates and other advertising candidates of color is staggering and untapped when it comes to the theatrical industry,” BTU co-founder Allyson Tucker said in a statement. “Providing opportunities for intelligent and creative artists of color to authentically and holistically hone their abilities in fields where there has been no access will elevate and excite this industry in ways we can’t imagine, but can’t wait to see. The dream of a truly relevant, vibrant, thriving, inclusive industry begins by ensuring that opportunities exist in every corner of this community.”

Broadway Cares/Equity Fights AIDS’ Red Buckets Return to Theaters
The red buckets are back! Broadway Cares/Equity Fights AIDS’ ed bucket fundraising will return beginning on March 18—the post-show audience appeals and red buckets have been absent from stages and theaters since the coronavirus pandemic shut down the industry in March 2020. Companies of Broadway, off-Broadway and national touring shows will resume their long tradition of encouraging audience donations from March 18 through May 1. The first participating shows for spring fundraising will be announced next week.

Ethan Hawke’s Paul Newman & Joanne Woodward Doc to Debut March 14
Stage and screen star Ethan Hawke‘s The Last Movie Stars, his six-hour documentary charting the relationship and rise of Paul Newman and Joanne Woodward, will debut its first chapter at SXSW on March 14, according to Variety.  For the doc, which is set to arrive on CNN Plus later this year, Hawke assembled a collection of his contemporaries, including Laura Linney, Sam Rockwell, Oscar Isaac and George Clooney, to read the couple’s journals and interviews on camera, as well as the reflections of people in their orbit, such as director Elia Kazan and writers Tennessee Williams and Gore Vidal.