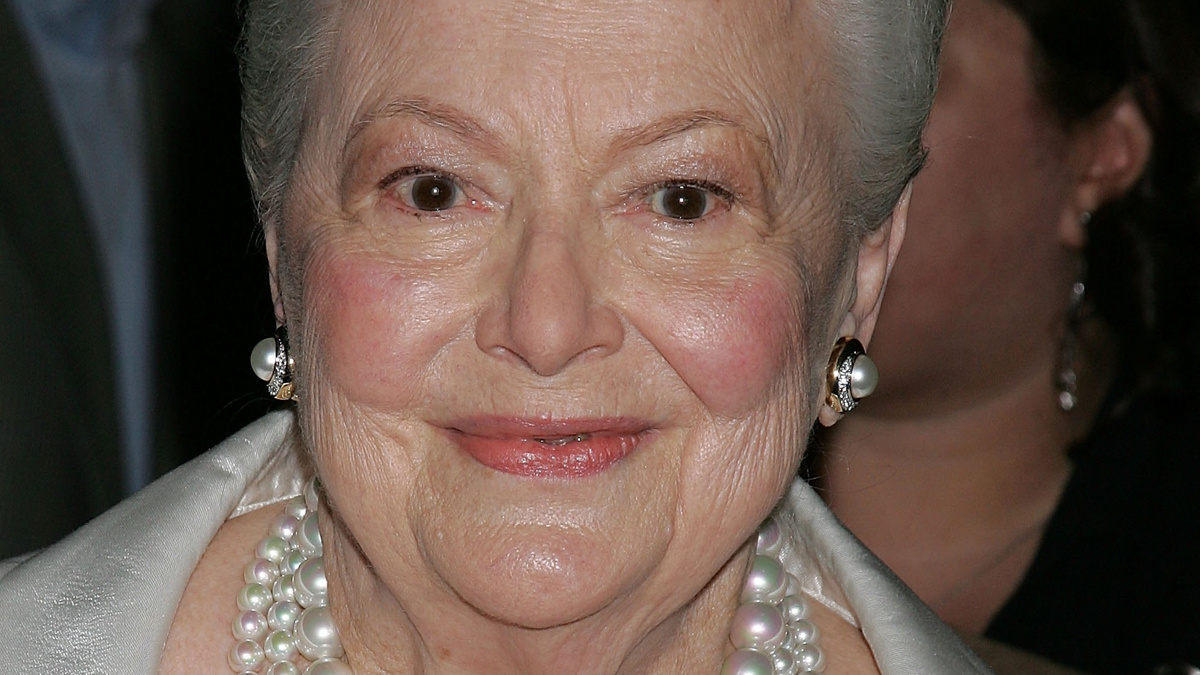 One of the last surviving stars of the Golden Age of Hollywood, De Havilland received her first of five Oscar nominations in 1940 for playing the well-loved character of Melanie Hamilton in the classic Gone With the Wind. She went on to win Academy Awards for To Each His Own in 1946 and The Heiress in 1949, earning additional nominations for Hold Back the Dawn (1941) and The Snake Pit (1948). In all, De Havilland starred in 49 feature films and was one of the most loved stars of her era.

In addition to film and TV work, De Havilland appeared on the Broadway stage three times in the peak of her career. She made her debut on March 10, 1951, playing Juliet in Shakespeare’s Romeo and Juliet at the Broadhurst Theatre for a 49 performance run. The following season, she played the title role in George Bernard Shaw’s Candida at the National Theatre (now the Nederlander Theatre). Finally, she made a return to the stage during the 1961-1962 season in the original play A Gift of Time. Written and directed by Garson Kanin, De Havilland played wife to Henry Fonda, in a cast that also included Marian Seldes and Tony nominee Joseph Campanella.

Often celebrated for having lived a full life, De Havilland was last seen in public following on July 1 birthday looking fantastic on a big red tricycle on the streets of Paris. RIP to a true icon.