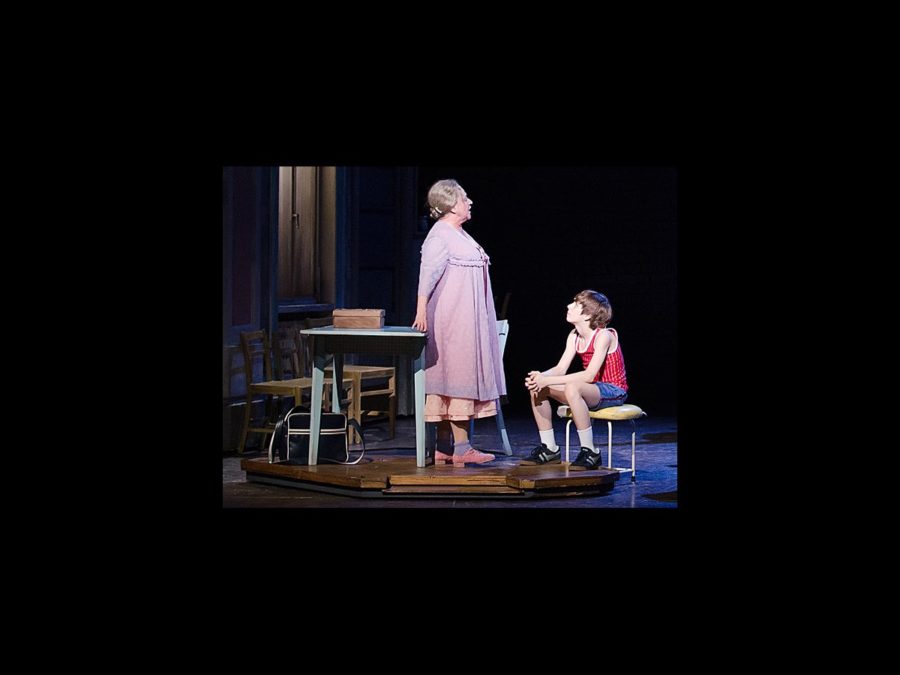 
About the Author:
As Grandma in the national tour of the Tony Award-winning Billy Elliot, Patti Perkins plays the senile nana to the show’s titular boy. Onstage, she connects with Billy as she reminisces about her youthful dreams of being a ballet dancer. Offstage, Perkins plays mentor and acting coach to the numerous young actors that alternate in the challenging title role. Here, Perkins describes the joys and somber realities of being grandmother to numerous children and watching them grow up.

Four Billys means four times the rehearsal! I have the privilege of playing Grandma to the title character in Billy Elliot eight times a week in the national tour. The challenging role requires three or four young actors to alternate in the part at all times. When I started rehearsing the show two years ago, a couple of the boys had played the role already and some were new to it. They were all hired because they had the potential to be trained for this rigorous part, which requires ballet, tap, acrobatics, acting and singing—not to mention academic tutoring.

Their little bodies were familiar with moving, yet acting was a whole new world for them. What is it that actors do, anyway? We pretend to be different people. We use our souls to imbue an author's character with life and breath. But how do you explain this to a child? Decades ago, a fellow actor gave me a framed quote from Sir Ralph Richardson. I've schlepped it from dressing room to dressing room with me over the years. It reads: "If you're a writer or a painter, you write or paint whenever you want to. But we have to do this task at a precise moment. At three minutes past eight, the curtain goes up, and you've to pretend to believe, because no one else will believe unless you believe it yourself. A great deal of our work is simply making ourselves dream. That is the task. At three minutes past eight, you must dream."

Somehow, these kids understand that.

Under the direction of Julian Webber and Justin Martin, we played games within the scenes during rehearsals to show the youngsters what we were doing was, well, play. At first, it was a struggle for some; their eyes were far away. Mars? The baseball diamond? But I like to try to bring them to me. I like to gaze in their clear child eyes, which is grounding for both of us. So they help me grow; I help them grow. That's part of our job, too—make the other person look good and bring out their best.

And then there's the growth spurts. You see their pants getting shorter, more sock showing. Their bony little wrists stick out of their jackets more. And, of course, there's the day that suddenly they're my height. And those eyes I love to gaze in are level with mine. I've watched their stamina grow too. That's a big part of their challenge. Sometimes, at the beginning, they run out of steam, not yet having learned to sustain their energy for the course of the play. Yet they eventually learn to steamroll through the entire show with ease.

Because they're so accomplished and they move audiences so profoundly while doing an adult job, one forgets that these actors are children. But then I look across the stage and realize how small they are, how vulnerable. They cross to me and I see various body parts wrapped, taped and bandaged from the beating this show inflicts.

Don't infer that they're perfect angels, however. I swear I’ve seen more than one Billy stifling a yawn as I sang “Grandma's Song.” But that's perfect, isn't it? A boy, and his grandma going on and on and on.

It’s hard to express my feelings for these boys, my respect and love for them. I've been Nana to an Asian boy, a Filipino, two Australians, a Canadian, a Swiss and a few made in America. But there's only one Grandma.

See Perkins in Billy Elliot at the Boston Opera House through August 19.