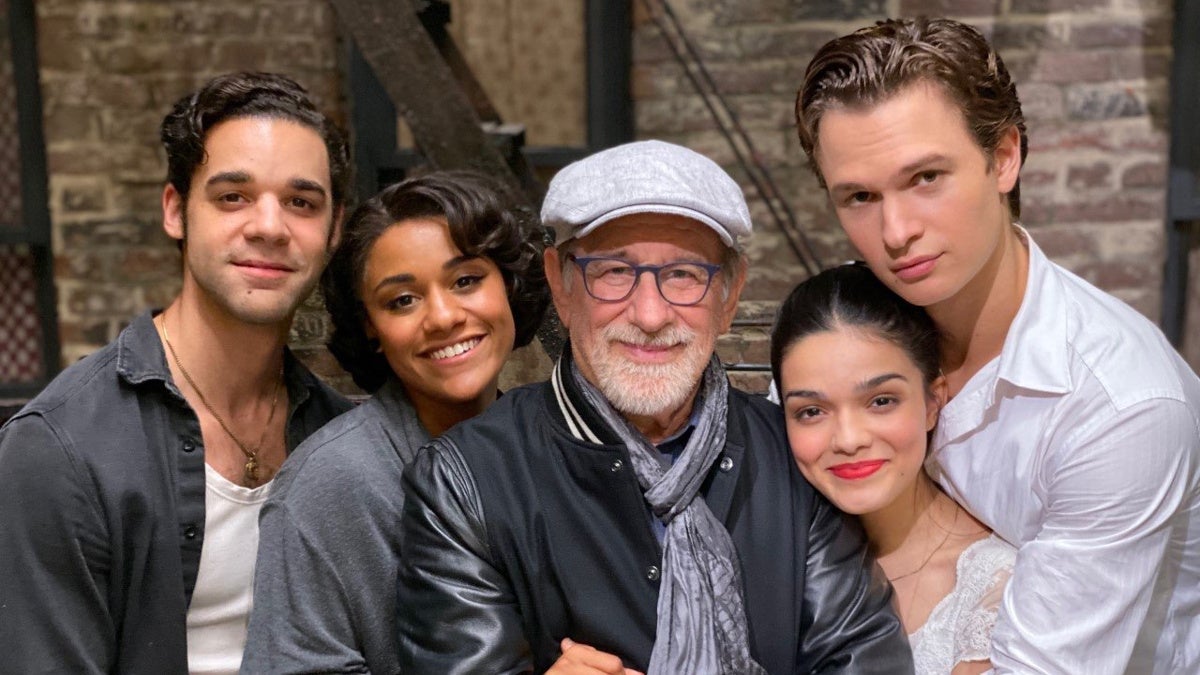 We are one step closer to seeing the West Side Story film remake! Director Steven Spielberg shared the update and some fantastic shots of the cast on his production company Amblin’s Twitter account on October 2. According to Spielberg, the highly-anticipated film wrapped production around midnight on September 28. “This has been a journey without precedence: a joyful, stunning, moving, endlessly surprising encounter with the story and score of one of the world’s greatest musicals,” he wrote. “My brilliantly talented, fiercely committed, generous and apparently inexhaustible cast and crew of hundreds have given our film everything they’ve got, and already I can say that the film we’ll be releasing on December 18, 2020, owes everything to them as does its immensely grateful director.” As previously announced, the film will star Ansel Elgort as Tony, Rachel Zegler as Maria, Tony nominee Ariana DeBose as Anita and David Alvarez, a Tony winner for Billy Elliot, as Bernardo. We’re already counting down the days to this something good! Check out the adorable shots below!