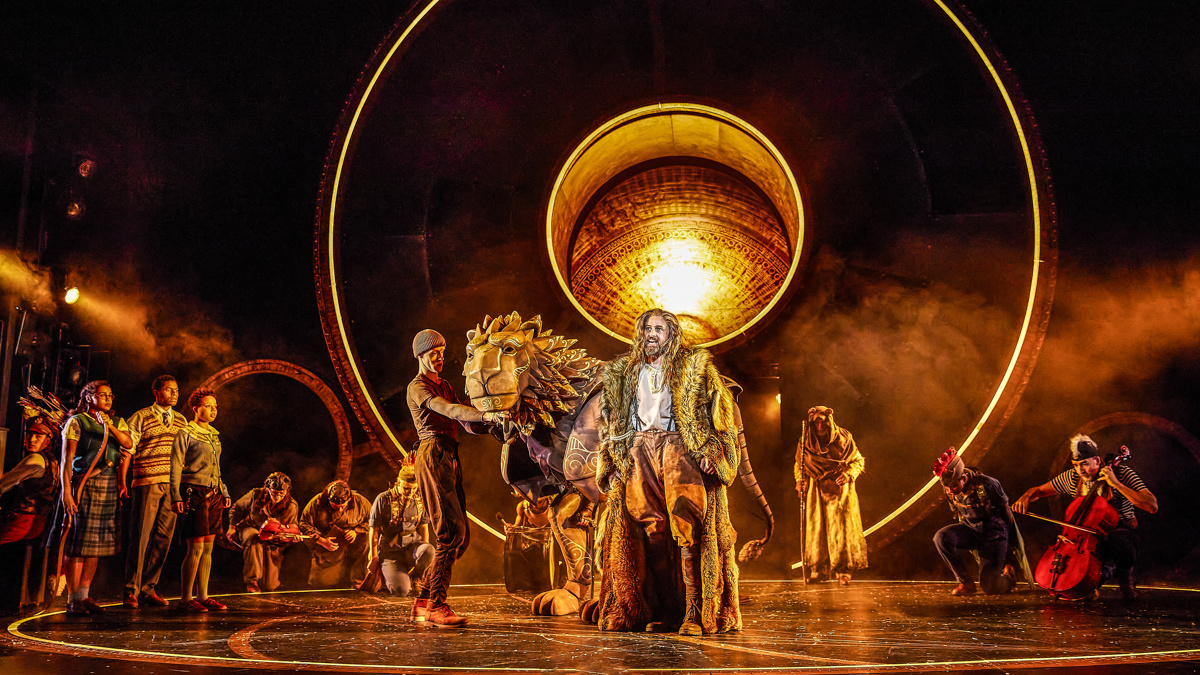 The Lion, the Witch and the Wardrobe to Bow at West End’s Gillian Lynne Theatre This Summer

London audiences are going to Narnia! A new stage production of C.S. Lewis’ classic The Lion, the Witch and the Wardrobe will play the West End this summer. The play, which has been touring around the UK and Ireland, will bow at the Gillian Lynne Theatre beginning on July 18 with an opening night set for July 28. Michael Fentiman directs The Lion, the Witch and the Wardrobe  based on the original production by Sally Cookson.

“I’m delighted to be bringing our production of The Lion, The Witch and the Wardrobe to the Gillian Lynne Theatre,” said director Fentiman in a statement. “The production celebrates the magic of live theatre and is led by a multi-talented cast of actors, singers, musicians, dancers and puppeteers; it is a celebration of the possibilities of the collective imagination and the boundless wonders of individual skill.  This story, about a community battling hardship in the darkest of winters, who together find freedom again in the light of summer, couldn’t be more pertinent for these times.”

Samantha Womack will reprise her role as the White Witch for the West End production. She recently starred in London’s The Girl on the Train. Her other stage credits include include South Pacific, Guys and Dolls and Betrayal. Womack has appeared on screen in BBC’s Game On, Babes in the Wood, Liverpool 1, EastEnders and The Kingsman franchise. Additional casting for the West End production is to be announced.

Join Lucy, Edmund, Susan and Peter as they wave goodbye to wartime Britain and embark on the most magical of adventures in a frozen, faraway land where they meet Mr. Tumnus the faun, talking beavers, Aslan (the noble king of Narnia) and the coldest, most evil White Witch. The novel The Lion, the Witch and the Wardrobe was published in 1950 and is the first of its seven-book series. It is one of the most-beloved book series and has inspired a slew of stage, screen and audio adaptations over the years.