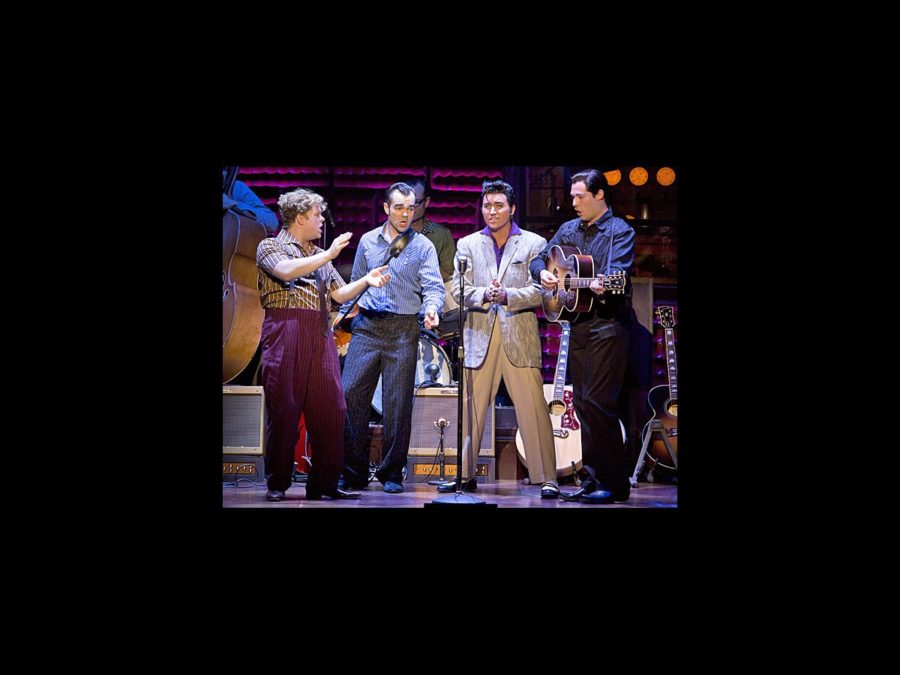 
Boston loves its rock ‘n’ roll! The national tour of Million Dollar Quartet is shaking the Citi Emerson Colonial Theatre with the hits of Elvis Presley, Johnny Cash, Jerry Lee Lewis and Carl Perkins, and critics are singing its praises. The musical is inspired by the momentous recording session that brought the four icons all together for the only time in their careers. The show features the classic hits “Blue Suede Shoes,” “Great Balls of Fire,” “Walk the Line” and “Whole Lotta Shakin’ Goin’ On.” Here's what local reviewers are saying about this rockin' show, which stars Tyler Hunter as Presley, Scott Moreau as Cash, John Countryman as Lewis and James Barry as Perkins. Take a look, and then grab your tickets to see Million Dollar Quartet, which plays Boston through October 20.

“There is nothing not to love about Million Dollar Quartet. The subject matter is sublime and the songbook is legendary. Throw in a good dose of humor and you have a must see show.” —Laurie Higgins, Cape Cod Times

“This thrilling musical brings you inside the recording studio with those four major talents who were red-hot as a rock ‘n’ roll band for one unforgettable night.” —Jared Bowen, WGBH News

"Million Dollar Quartet manages to deliver on one of the promises that’s always been at the heart of rock ’n’ roll, something that shouldn’t be taken for granted: the simple pleasures of a good time.” —Don Aucoin, Boston Globe

“We're treated to a magic moment in music history… and we're rewarded with a stunning list of hits from the early days of rock and roll.” —Mike Cole, WCVB

“Million Dollar Quartet is pure entertainment throughout, skillfully staged and performed, and a delight for anyone who is fan of the era and some of the greatest rock ’n’ roll tunes ever written.” —Rich Fahey, On Boston Stages