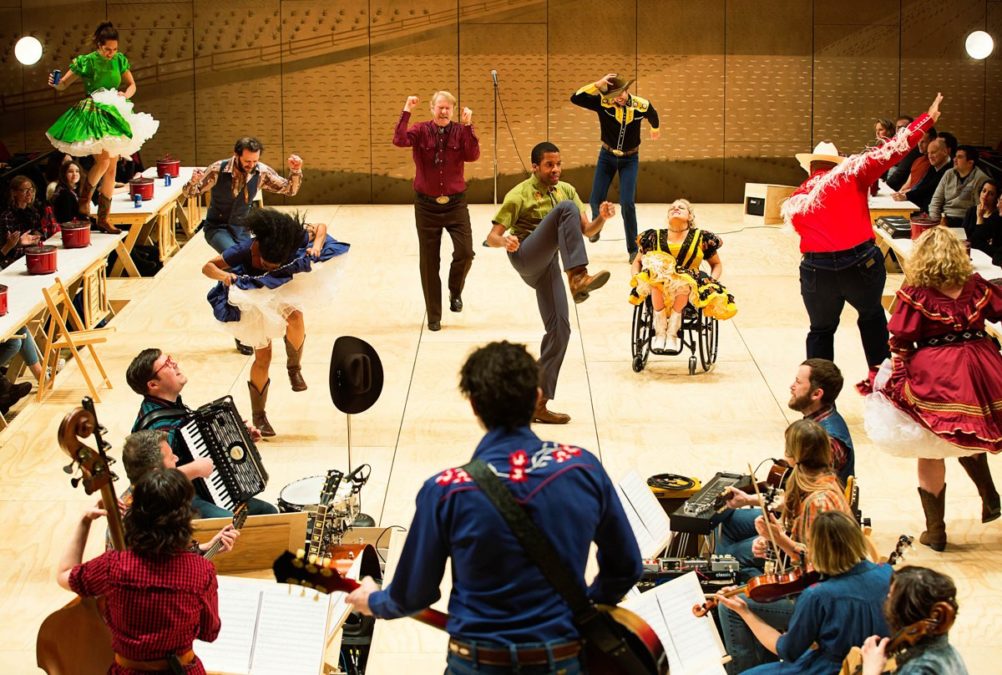 The reimagined and eight-time Tony-nominated revival of Rodgers and Hammerstein’s Oklahoma! will launch a North American tour at the Civic Center Music Hall in Oklahoma City, OK, in the fall of 2020. The tour will mark the first time a First Class Equity production of Oklahoma! has toured North America in 40 years. Additional cities, exact dates and casting for the traveling production will be announced at a later date. Oklahoma! is currently playing Broadway's Circle in the Square Theatre.

"Since day one of planning for our tour, I knew we had to start in the heart of our country," said producer Eva Price, in a statement. "We were delighted to welcome the board of Oklahoma City Civic Center Foundation (partners of Nederlander in OKC Broadway) to see Oklahoma! in New York this spring and their enthusiasm for the revival has been overwhelming. The evolution of this production from Bard SummerScape to St. Ann’s Warehouse and to Broadway and now a national tour has been nothing short of remarkable. We are thrilled to share this production with audiences all across North America, from the heartland to the coasts."

Directed by Daniel Fish, this production of Oklahoma! was first presented at Bard SummerScape, followed by an engagement at St. Ann’s Warehouse in Brooklyn where it had a sold out run in 2018. Seventy-five years after Richard Rodgers and Oscar Hammerstein II reinvented the American musical, this is Oklahoma! as you’ve never seen or heard it before, re-orchestrated and reimagined for the 21st century. Oklahoma! features music by Rodgers and a book and lyrics by Hammerstein, based on the play Green Grow the Lilacs by Lynn Riggs, with original dances by Agnes de Mille.