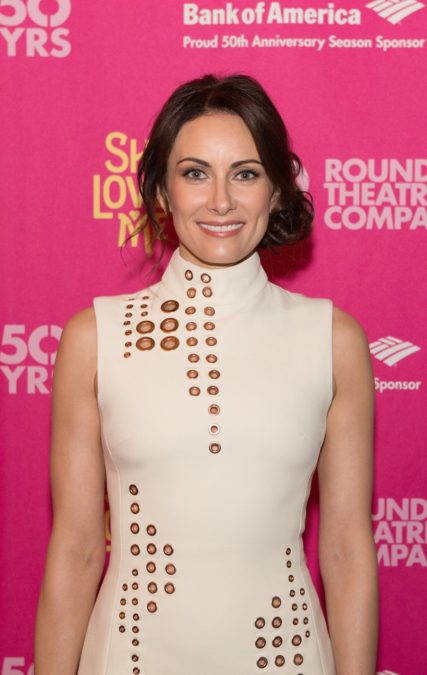 The Broadway League has announced that Tony winner Laura Benanti will emcee the 10th-annual Jimmy Awards ceremony on June 25 at 7:30pm at the Minskoff Theatre. The Jimmys honor the best in high-school musical-theater performance.

“Laura Benanti is a true Broadway star and we are so delighted to have this multi-talented Tony Award-winning actress as our host for the Jimmys ceremony," said Charlotte St. Martin, president of the Broadway League.

Benanti is a Tony winner for Gypsy whose credits also include Meteor Shower, She Loves Me, Women on the Verge of a Nervous Breakdown, In the Next Room, The Wedding Singer, Nine, Into the Woods, Swing! and The Sound of Music. Her screen credits include The Detour, Nashville, Supergirl and The Good Wife. Benanti also makes frequent appearances as Melania Trump on Late Night with Stephen Colbert.

Founded in 2009, the mission of the National High School Musical Theatre Awards (the Jimmys) were created to raise the profile of musical theater in schools, recognize dedicated teachers and inspire the next generation of performers and enthusiasts. The Jimmy Awards are presented in honor of legendary Broadway producer/theater owner James M. Nederlander.