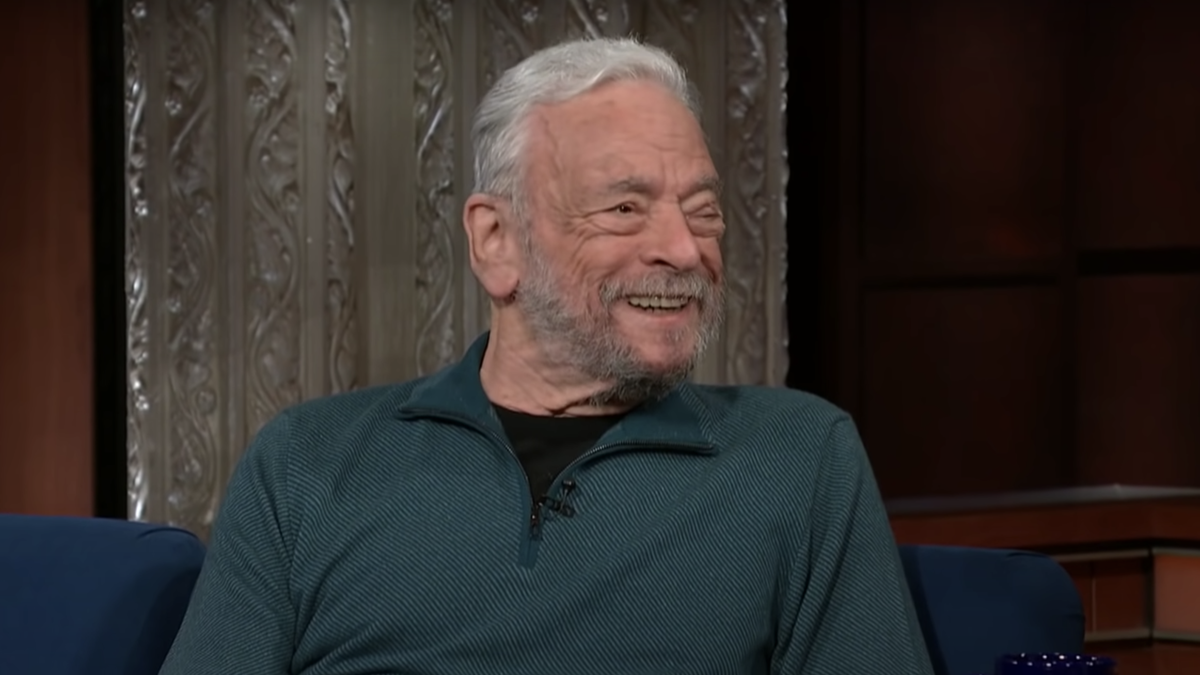 Stephen Sondheim was welcomed to the The Late Show with Stephen Colbert on September 15 as “the greatest composer and lyricist in the history of the American theater.” Few would argue with the description, but the legendary composer/lyricist took the fast-coming compliments humbly. “I don’t usually tout my own stuff,” he grinned as he praised the Broadway revival of his musical Company, directed by Marianne Elliott, and Steven Spielberg’s upcoming movie remake of West Side Story. The 90-year-old Sondheim unsurprisingly revealed he’s still writing. Square One, a new musical he is working on with playwright David Ives, had a reading last week. (Nathan Lane and Bernadette Peters participated.) “With any luck, we’ll get it on next season,” he said. The interview included an emotional tribute from Colbert to the theater titan as they discussed James Lapine’s new book Putting It Together, which chronicles the creation of Sunday in the Park with George. Sondheim also shares the great advice he received from his mentor Oscar Hammerstein II. Watch the unmissable interview below!