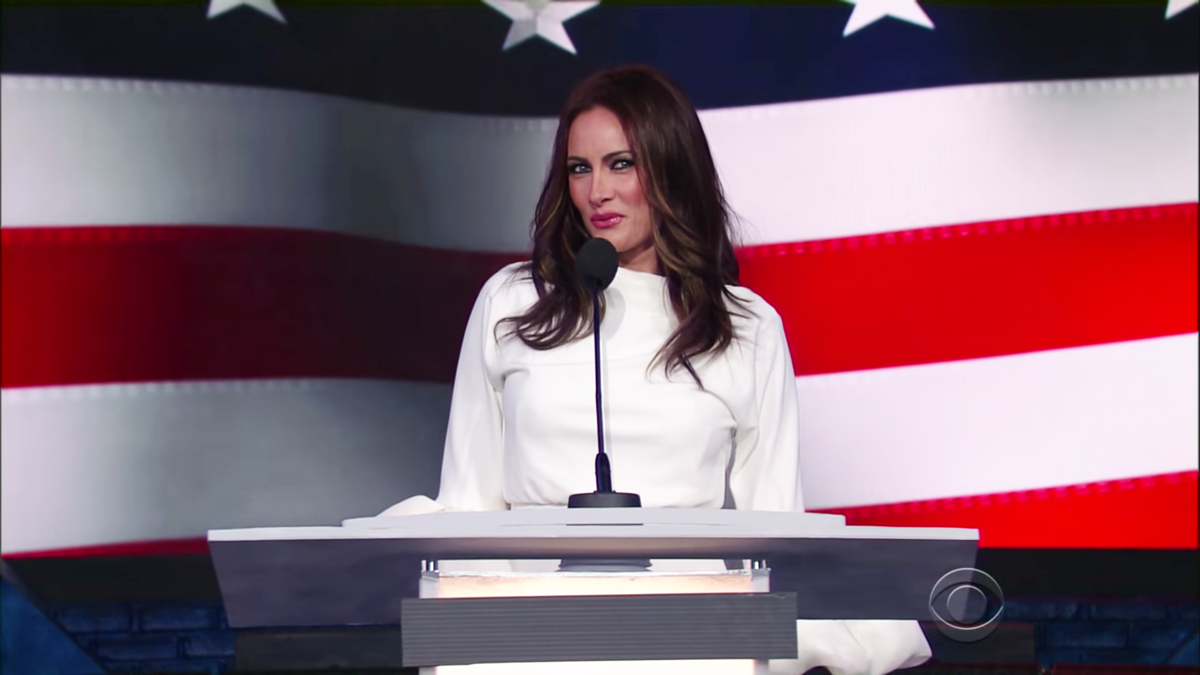 Fresh off of her vanilla ice cream-sweet run in She Loves Me, Laura Benanti is rocking the late night circuit. Back in March, the Tony winner showed off her uncanny Melania Trump impersonation; in real-life, the wife of Republican presidential nominee Donald Trump has recently become the caught up in some controversy. Following her Republican National Convention speech on July 18, Mrs. Trump has been accused of plagiarizing bits from First Lady Michelle Obama's appearance at the 2008 Democratic National Convention. As a result, Melania Trump a.k.a. Broadway fave Benanti took the podium on The Late Show with Stephen Colbert to address the critics. "I learned honesty during my humble upbringing…in West Philadelphia born and raised," she joked, clearly quoting the famous Fresh Prince of Bel-Air theme song, among a slew of famous sayings. Benanti's certainly got our vote! Watch the full parody below.