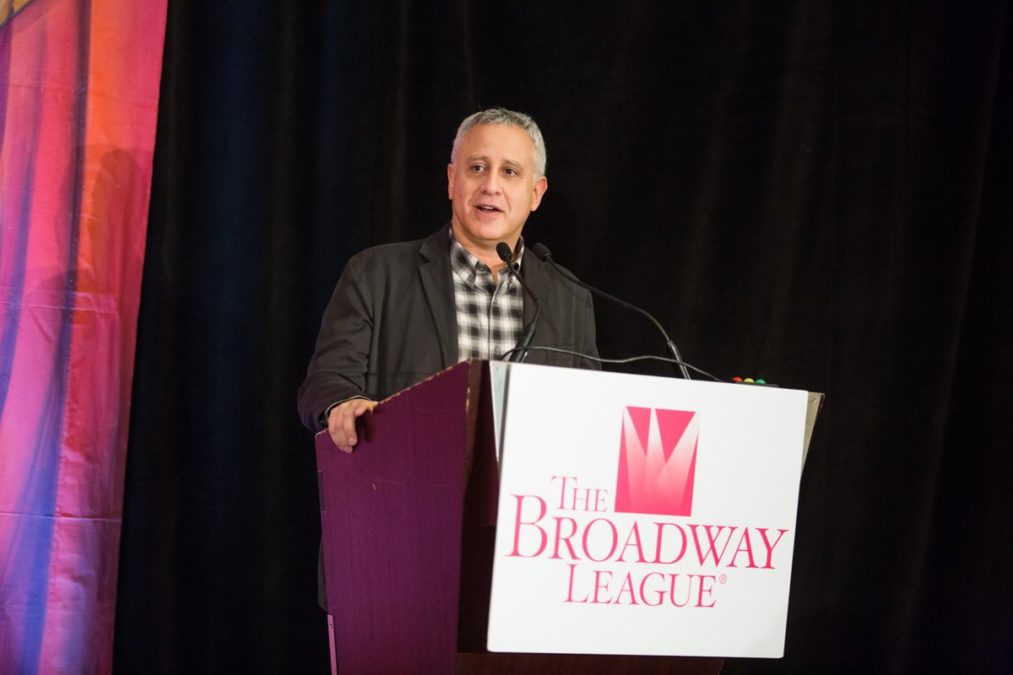 “David Stone’s influence on touring Broadway has been undeniable and far-reaching. With iconic shows like Wicked, Next to Normal and The 25th Annual Putnam County Spelling Bee, among many others, he has produced live theatre that has drawn in audiences and catapulted season subscriptions in regional markets to new levels,” said Charlotte St. Martin, President of the Broadway League, in a statement. “We are thrilled to present the Distinguished Lifetime Achievement award to someone like David who continues to draw fans to seats with new productions, like War Paint, currently on Broadway, and to inspire theatre-goers across the country and world.”

Stone is currently represented on Broadway by Wicked and War Paint. He has also produced If/Then, Next to Normal, The 25th Annual Putnam County Spelling Bee, Three Days of Rain, Man of La Mancha, The Vagina Monologues, Fully Committed, Lifegame, The Diary of Anne Frank, Full Gallop, The Santaland Diaries and Family Secrets. Stone serves on the boards of the Broadway League and Broadway Cares/Equity Fights AIDS. He also serves on the advisory boards of V-Day and Second Stage Theatre, and he has lectured on theater at NYU, Yale, Columbia and his alma mater, the University of Pennsylvania.

Outstanding Achievement in Road Marketing
Krissi Diers, Executive Director of Marketing for The Marketing Division at Broadway Across America